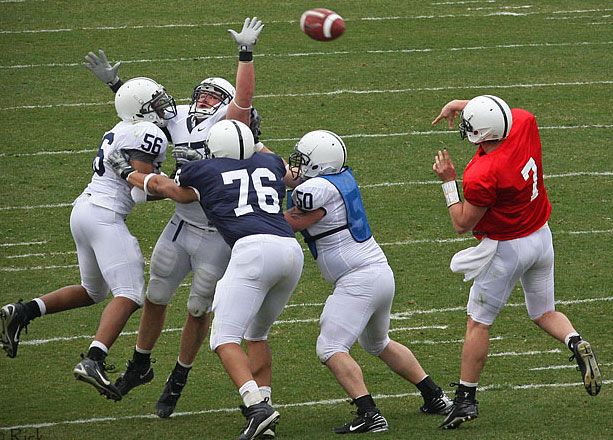 Aggressive contact sports, such as boxing and football, are an integral part of America’s culture. However, the pride Americans obtain in these events often cause the health of those participating in said games to be overlooked. While certain injuries are to be expected, life-threatening head injuries are extremely common and often lead to devastating consequences. Professional athletes frequently suffer from Chronic Traumatic Encephalopathy (CTE), a serious neurodegenerative disease caused by repeated concussions. A strong correlation between playing football and head injuries that led to CTE was found in a 2017 study conducted by The American Medical Association. The results of the findings concluded that 110 out of the 111 NFL players studied were diagnosed with CTE.

As of 2019, modern medical advancements are leading to progressing knowledge when it comes to the cause and effects of this debilitating condition. These new discoveries are raising necessary alarm for doctors treating those who participate in football regularly. Doctors face the ethical responsibility to value the safety of their patients. However, when dealing with professional athletes, it is often difficult for medical professionals to make sweeping recommendations for their careers, given the amount of money and stakes involved in legal ramifications. Although the most effective way to lower the rates of CTE is to abstain from dangerous sports altogether, most doctors are hesitant to directly dissuade their injured patients from participating in the extremely high-risk sports, due to the potential consequences.

“If you tell somebody you don’t think they should play football anymore, and some star football player quits based on your advice, you set yourself up legally for potential problems,” Dr. Edward Manno, Professor of Neurology at Northwestern University explains. “The best you can do is outline the potential risks and allow them to make a decision.”

Dr. Manno received his medical license from the University of South Carolina in 1988, and has been involved in many sports-related head trauma cases. Although he has treated multiple professional NFL players for head injuries such as concussions and CTE, HIPAA laws prevent the patients from being named directly.

Although the circumstances are often concerning, once treated for a head injury and properly informed of the potential risks and severity of CTE, professional athletes will often choose to prioritize their health by retiring from the sport completely.

“Many of these players get really banged up, and they’re gonna limp the rest of their lives, that doesn’t bother them. But when you tell them they’re gonna get cognitive disabilities and neurological impairment, they start to think a little harder. Some of them, not ones that I’ve treated, end up quitting for their families. The salaries they make in the NFL tend to make this decision easier,” says Dr. Manno.

Although many athletes choose to depart from the sport after sustaining multiple injuries, many do not retire from their profession until after irreversible trauma to the brain has been inflicted. CTE is a lifelong condition that significantly declines the quality of life of those suffering from it. Symptoms such as depression, memory loss, weakened senses, difficulty thinking and speaking, coordination issues, and dementia are undetectable until several years after the initial injuries have occurred.

Along with this, there is a direct coorelation between cases of CTE, mental health issues, and suicide rates. In 2012 alone, there were six suicides of former NFL players. As of 2015, clinicians and researchers that suicide is a common clinical feature of CTE.

On April 19th, 2017, New England Patriots tight end player Aaron Hernandez committed suicide in his jail cell after being sentenced for the homocide of family friend Odin Lloyd. After his death, his brain was donated to scientists at Boston University who discovered that he had one of the most significant casesof CTE that had been researched by medical professionals to date. Before his conviction, prosecutors were struggling to find the true motive behind the seemingly unprovoked murders he committed. There is evidence that the damage of CTE interferes with the reasoning, decision making, and impulse control centers of the brain, often increasing the risk of violent and erratic behavior. Prior to his death, many close to Hernandez have described his  control of his anger and emotions to that of a child.

With more in-depth information being discovered when it comes to the connection between contact sports and CTE, a dialogue is necessary regarding Western culture’s glorification of violent sports, and the negative consequences these mindsets produce. A deeper inspection to the safety of those affected, and addressing methods of further prevention of these grave injuries is essential.

Jackie Manno is a senior Theatre Performance and Writing for the Stage major with a minor in Digital Journalism. Her main area of focus is writing about music, film, and pop culture. In her free time, she likes to sing and spend time with her cat.