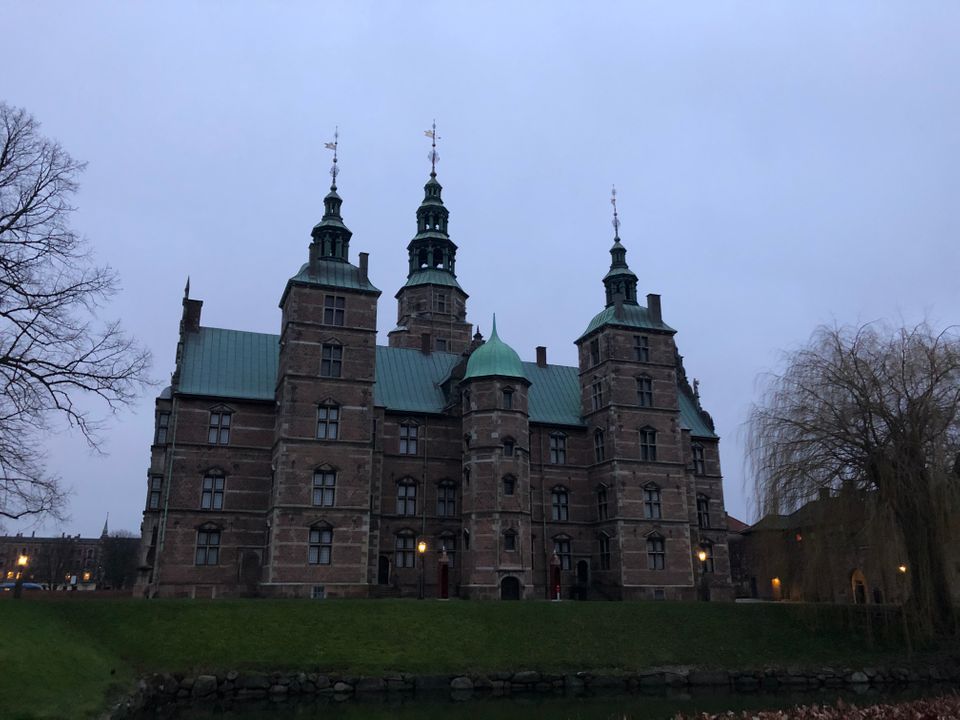 Frankenstein is a novel that has endured throughout the ages, and it’s no mystery as to why. The themes that are presented in this body of work are everlasting it seems, as the novel just celebrated 200 years of publication and shows no signs of slowing down. Popular culture may have changed the image of Frankenstein’s Monster, but the literature that has since been based off of Mary Shelley’s novel seems to hold the original ideals close to their hearts (or spines, seeing as they’re often books).

The parallels that can be drawn between the similar characters and dynamics in the three novels/graphic novels that I’ll be discussing are pretty large, so I’ll narrow them down to a few key points. The appearance of the characters of The Bride, Josephine, Hadi, and Elishva were all new characters that represented original ones that existed in Mary Shelley’s Frankenstein, or, almost existed. Their presence in these works of literature serve to show all the more clearly one fact: that humanity will always survive, even when a literal created being is the near centerpiece of the novel. Speaking of created beings, there is also, for the sake of alliteration, the matter of the monsters. A paper about their literature cannot be written without mention of them.

In Frankenstein in Baghdad, by Ahmed Saadawi, Hadi created the Whatsisname as both a political stunt and for narcissistic reasons, but he mostly claims that it was in order to give the poor victims which he had worked so hard to piece together, a proper burial. This mirrors Victor’s self-centered reasons for creating his creature, as well as maybe having the goal of trying to get a piece of his mother back in the solace that he could create life from death. In Frankenstein in Baghdad, Elishva was essentially the “bride” of this novel, because she seemed to serve the purpose for the Whatsisname that the bride in Shelley’s novel would have served the creature, had she been built to completion. Elishva’s actions of sheltering and caring for “Daniel,” essentially giving him kindness, right at the beginning of his life, are a stark contrast to how the creature in Frankenstein went through nearly the whole novel without someone showing him any kindness, with having his nearly-finished bride destroyed in front of him as the cherry on top of the not-so-sweet pie.

In Victor LaValle’s Destroyer, Josephine is, of course, the novel’s answer for the Victor Frankenstein character. Victor does appear in Destroyer, sort of, but it just serves as a vehicle to make it glaringly clear that the creature will never truly accept love from humans after having been shunned for so long, despite it being his own creator offering him the acceptance that he always so desperately craved. It also proved to the creature himself that he will never be taken any more seriously than as the monster he looks like at first glance. Josephine creates the Bride, which was meant to be a last resort and clean up crew of sorts, to quell the situation if an experiment got out of hand. Frankenstein’s bride would’ve been something in the same vein, for the monster requested it so that he could be happy, and promised to stop being murderous should he get someone like him that could love him, because no one else would. It’s fitting that Akai’s dad, Pliers, became the Bride, because in Shelley’s Frankenstein, the bride’s purpose was to love the creature. Akai has that in his dad, who has fused his consciousness into Josephine’s Bride. Akai says to his father, “In a way, you’re like I am now” (Destroyer). This is everything Frankenstein's monster was promised, but never got. Akai’s creator made him a bride, but under different circumstances. He seemed to get everything that Frankenstein’s monster didn’t, even if it was only for a little while. For Frankenstein’s monster, however, the promise of companionship was merely dangled in front of him. Akai had a like creature in his dad, the Bride, and then in his mom, once she had fused her consciousness with his.

One of the main differences, however, is that because Akai was raised in love from the start, he did not have any reason to kill, and was innocent until society was the one to kill him. This presence of love in Akai’s life was such a positive force that it shaped him differently than the presence or absence of love in the other two creatures’ lives. His dad, once a human, but now the Bride, always loved him as well (no matter his or Akai’s form. Even if Pliers wasn’t always with him, and even though he was technically joined with a security robot created to shut rogue experiments like Akai down, Pliers always loved him. The creature, on the other hand, began as innocent, but was shunned at every turn, and thus turned to murder, for lack of love. As for the Whatsisname, he started out innocently enough as well, but he wasn’t the only one in control.

Akai’s dad chose to become the Bride, and while it was created as an emergency measure, as would have Frankenstein’s bride been, for she would have been created (and was in the process of being so) to pacify the monster. The exception was that she was being created with a goal already in mind. Akai’s dad chose to join the Bride because he had nothing left for him in the real world, and he figured he could be of better service while encased in armor. Frankenstein didn’t want to create his bride because he still had things and people, to lose, and because he didn’t want to make another monster that could be just as dangerous and destructive as the original one.

Shelley’s Frankenstein was a commentary on human nature, despite the protagonist/antagonist (the jury’s still out on that one) being a seemingly “indestructible” inhuman creature. With a description like that, it doesn’t seem to leave much room for the exploration of humanity, but it describes one of mankind’s greatest flaws, pride. Victor is too far-reaching, and in his climb for achievement he forsakes all that is dear to him; but, luckily for him, his friends and family are still there for him when he comes back down. This showcases how people will often do anything for the ones they love, even if that loved one repeatedly does things that cause them to mistreat the people that love them.

The parallels to Frankenstein that reoccur in Frankenstein in Baghdad and Destroyer all reinforce how people are still the same. These authors are reinterpreting Frankenstein because they seem to be commenting on how society has not changed as much as we may have thought it would from Shelley’s time, around 200 years ago. We are absolutely farther ahead technologically, as demonstrated by the war in Frankenstein in Baghdad and the technological excellence in Destroyer, but people as a whole don’t seem to ever change. Saadawi and LaValle saw themes in Frankenstein that are still relevant today, such as those of being an outsider, wanting to belong, and grief at the loss of a loved one. Each new interpretation of the classic story carries these parallels, as can be seen in this passage of Destroyer: “Josephine, did it occur to you that you’ve done exactly what Victor did?” “Yes, I’d say it did.” “They called him mad for doing it.” “Is that what you’re calling me?” “I wouldn’t blame you for falling apart after what happened.” “I didn’t fall apart, I turned to steel, just like you.” The human condition hasn’t changed, people are still just as upset over the death of a loved one now as they were in a Mary Shelley’s time. The options after they pass are essentially still the same as well, Dr. Baker just ahead of her time.

No matter how much we improve in technology, medicine, etc. we will always be the same emotionally vulnerable humans. This is a prominent theme in each adaptation of Frankenstein. In Frankenstein in Baghdad, Elishva almost ruined her life waiting for Daniel to come home, endangering herself in order to stay in a war-torn area because she thought that’s where he would return to as soon as he was able. People tend to cling to what gives them hope. One such ritual for Elishva was to call her daughters every Sunday; “Elishva didn’t actually need to hear her daughters’ voices. Maybe it was just a habit or something more important; that with her daughters she could talk about Daniel. Nobody really listened to her when she spoke about the son she had lost twenty years ago, except for her daughters…The two daughters knew their mother clung to the memory of her late son in order to go on living” (Pg 7-8, Frankenstein in Baghdad).

Dr. Baker rebuilt her son while in the grip of grief, and we all know that Victor Frankenstein built his creature because he felt the need to cheat death after having lost his mother. We know that people are bound to behave in strange ways, as grief makes people do crazy things. In Frankenstein, however, the creature isn’t a natural person, and yet he still behaves in such a way, which is only natural, seeing as he learned everything he knows from people.

Frankenstein’s monster may be “indestructible,” but even he is not emotionally impervious, as proven by the end of the novel: “I shall die. I shall no longer feel the agonies which now consume me, or be the prey of feelings unsatisfied, yet unquenched. He is dead who called me into being; and when I shall be no more, the very remembrance of us both will speedily vanish. I shall no longer see the sun or stars, or feel the winds play on my cheeks. Light, feeling, and sense, will pass away; and in this condition I must find my happiness.” (Pg 161, Frankenstein). He felt that without his creator living, chasing him, he had no purpose, and finally felt guilt for all his wrongdoings.

I once met with Professor Brown to discuss this essay, and she said “The scariest thing is actually humanity.” People choose to adapt Frankenstein over and over again because it has themes that may never go out of style, for they surely haven’t yet. Humanity is what will always prevail, even in creatures such as Frankenstein’s. It is common, it is predictable, and it is what we all know best. It’s hard to write about people sometimes, so choosing to write about a metahuman is the next best thing.

Alex is a senior graduating with a double major in English and World Literatures and Theatre Performance and New Media, along with a minor in Communication and Media. She loves tea and traveling, and is pursuing a career in publishing.